My plane went for a swim.

Having a good day down the field and decided to take my Majestic Major up for a flight. I did a radio check after starting the engine and everything was fine but the tail must have lifted while I was walking the model out to the flight line. So after take off I had no control of the rudder or elevator. The plane took off with a slow left turn and was eventually blown out over the sea when I shut down the engine.
The good news for me is the plane was seen by Kent police marine unit who were training in the area, they pulled the model onto their boat and took it to the dockyard and handed it in over to Dave a club member.
Dave turned the model off and drove down the field asking if anyone had lost a model.
More good news, the fuselage was bone dry helped by the large balloon wheels and a calm sea. When I got home I had a close look at the model and the only damage was a small tear on the wing. The radio was dry and was working fine and the engine started first time.
Many thanks to Dave and a letter of thanks will soon be on the way to inspector Steve Seabrook Kent Police marine unit. 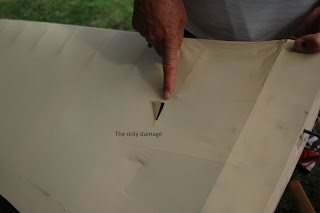 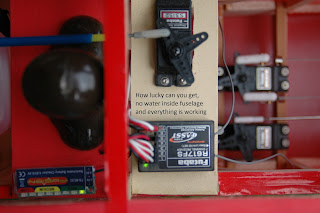 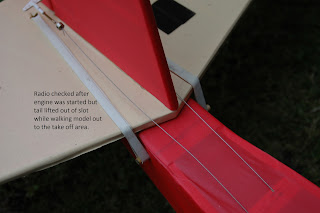 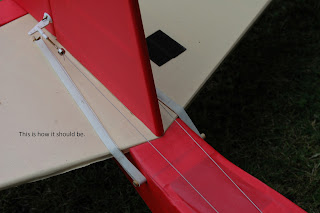 I am off to buy a lottery ticket.

Posted by Transformer at 17:11

That model must have nine lives - Go and buy loads of lottery tickets...

Glad everything was ok in the end.
The Kent Police Marine Unit were pleased to have been able to recover your plane and to see it returned to its rightful owner.
Happy flying.....................

Whilst your buying your lottery tickets see if they do arm bands or a surf board.
on ebay theres an outboard motor going cheap (never been crashed)
See you later Captain Birdseye,,,

Must be the luckiest plane recovery ever in the whole of the UK. Now you have to keep this plane forever!

It must have done the back-stroke,how else would it have come back,perhaps an under-current on the under carriage?