Anyone flying this week?

Dave Redwood To The Rescue - Many Thanks.

Thanks again to Graham...

Mobile welder needed to repair our gate. The hasp weld has broken which was welded to the 3x3 square section - the weld is only about 50mm on each side but it needs to be done.

I have the small metal section that needs to be secured / welded and I can meet anyone at anytime to get this done so if anyone knows anyone who can help = the club needs you!
Regards Peter
Posted by Broken Wing at 13:16 2 comments:


https://bmfa.org/News/News-Page/ArticleID/2475/Government-Publishes-Consultation-on-the-Safe-Use-of-Drones-in-the-UK
Posted by speedy brit at 06:32 No comments: 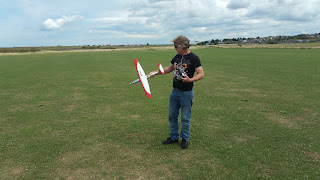 News UK DfT Response to Drones Consultation The Department for Transport today published their response to the consultation that was held earlier in the year on the use of drones. What is disappointing is the level of response. Of the 678 responses the DfT received, only 213 were from model flyers, which is somewhere in the region of 0.6% of the model flyers in this country who are the member of a model flying association. What is positive is that the DfT recognise the long and safe history of organised model flying (and for ‘club’ read ‘association’)- ‘The Government will work with model aircraft flying clubs to examine ways in which it may be possible to exempt members of model aircraft flying clubs with adequate safety cultures and practices from certain elements of registration and other educational requirements, or where their club will be permitted to undertake regulatory requirements on their behalf. Flyers of model aircraft who are not members of a club, or are members of a club not deemed to have adequate standards will, however, not be excluded from registration or other requirements.’ What is of immediate concern, however, is the statement- ‘As well as this, the Government is minded to: Amend the Air Navigation Order 2016 to ban all drones of 7kg or less in weight flying above 400ft or 122m (drones of above 7kg are already banned from flying above this height).’ While this response is a statement of intent, rather than final policy, the LMA will, in conjunction with the other UK model flying associations, continue to work with the DfT & the CAA to make sure that model flying is not negatively impacted by the government’s understandable desire to not have a very nasty accident caused by inappropriate use of Drones. ↑ Back to the Top | Posted on Saturday, 22nd July, 2017 EASA Rules On ‘Drones’ – Your Response Needed As you may or may not have seen, EASA have published an updated set or proposed rules for the operation of ‘Drones’ (which will include model aircraft)- ‘NPA 2017-05 Introduction of a regulatory framework for the operation of drones — Unmanned aircraft system operations in the open and specific category’ https://www.easa.europa.eu/document-library/notices-of-proposed-amendment/npa-2017-05 The period for submitting comments to this NPA is from 12 May to 12 August. I shall be submitting a response on behalf of the LMA, but I would encourage all of you to read all 128 pages and submit a response too. As a note, when EASA say ‘Model clubs and associations’, the UK CAA are reading this as existing national associations with a track record, the LMA, BMFA, SAA & FPVUK. Little Whinging MFC does not count, nor will starting a new gang to try and get round it all! As with other consultations & proposals, I’m not creating any ‘stock’ responses, your thoughts are what matter rather than a thousand identical responses. When responding, please be polite! As irritating as this is to us all, rude emails to the people who have been given the job of doing this don’t help. Any questions, please let me know and I’ll do what I can. Rob Buckley Secretary – Large Model Association
Posted by slipperywhenwet at 10:17 2 comments:

THIS NEEDS TO BE VIEWED

Thin end of the wedge...

Due to copyright original sound track removed - sorry conner.
This was originally posted on the Blog but would not play as it was blocked in 240 countries - seems ours was one of em. ...

Had to remove all original soundtrack because of copyright so unfortunately I lost all Joe's commentary - sorry Joe..

Listen to the crowd right at the end...
What a night to remember...

Thanks to Bravo303 for filming at the event.

Thanks to Graham White for this video. Just so you know, while rushing to get in the flying slot I was too enthusiastic on the fuel pump and blew off the filler pipe from the fuel tank thus needing a strip down. All haste and all that... Never knew Graham was filming...

Many thanks to Graham White.

Many thanks to Lance Dougall for the film

Finally got around to the first flights of my Voodoo! After a warm up on the EFXtra :-) 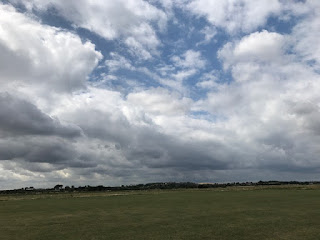 Thanks again the Graham White.

Still wonder how the wings stay on!

Thanks to Lance Dougall

I can never do a heli pilot justice as they just won't go where I think they are going and I get a load of sky in the viewer as it goes the opposite way to where I was moving my camera. - But I try. Great show Dean.
Posted by Broken Wing at 12:51 1 comment:

To show the highs and lows...

Thanks to Graham White

Thanks to Graham White
Posted by Broken Wing at 16:27 No comments:

Thanks To Graham White

HI Guys , Next week end has anyone have a time that we. Need to be at our post for show marshal ext . I will be down the field tomorrow this just in case I miss Jan or Peter and Dave . Richard Ps if still needed that is .
Posted by Richardhobson1206@gmail.com at 17:15 1 comment: