Sorry I've not been down for a while guys but looking forward to getting down soon.

I thought Pete might like this death bomber I've aquired LOL  .  Maiden has happened and was very eventful . 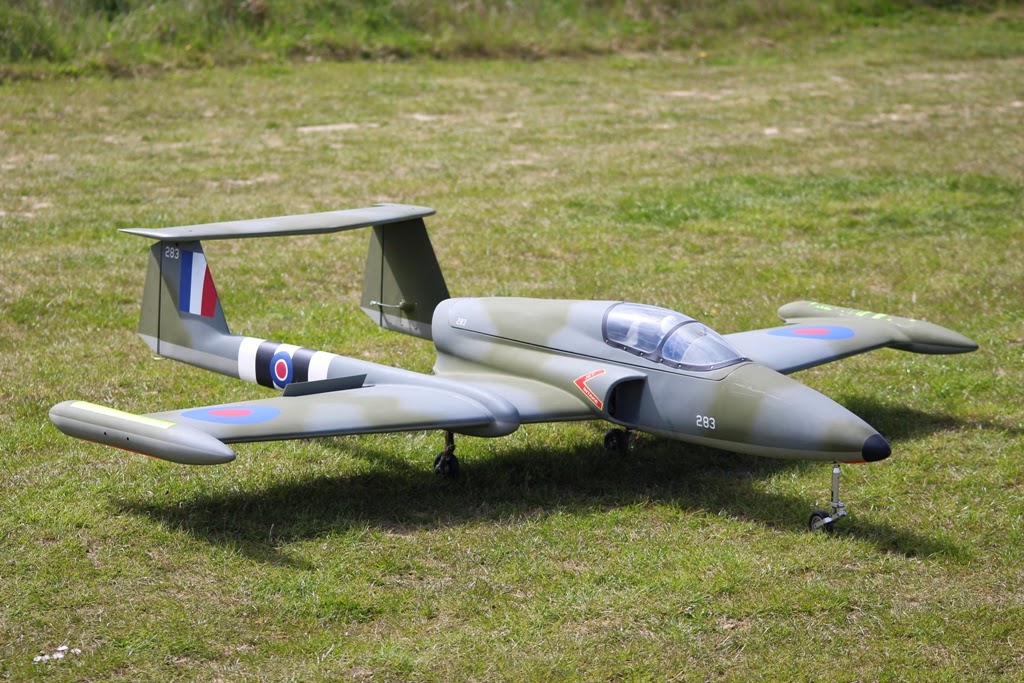 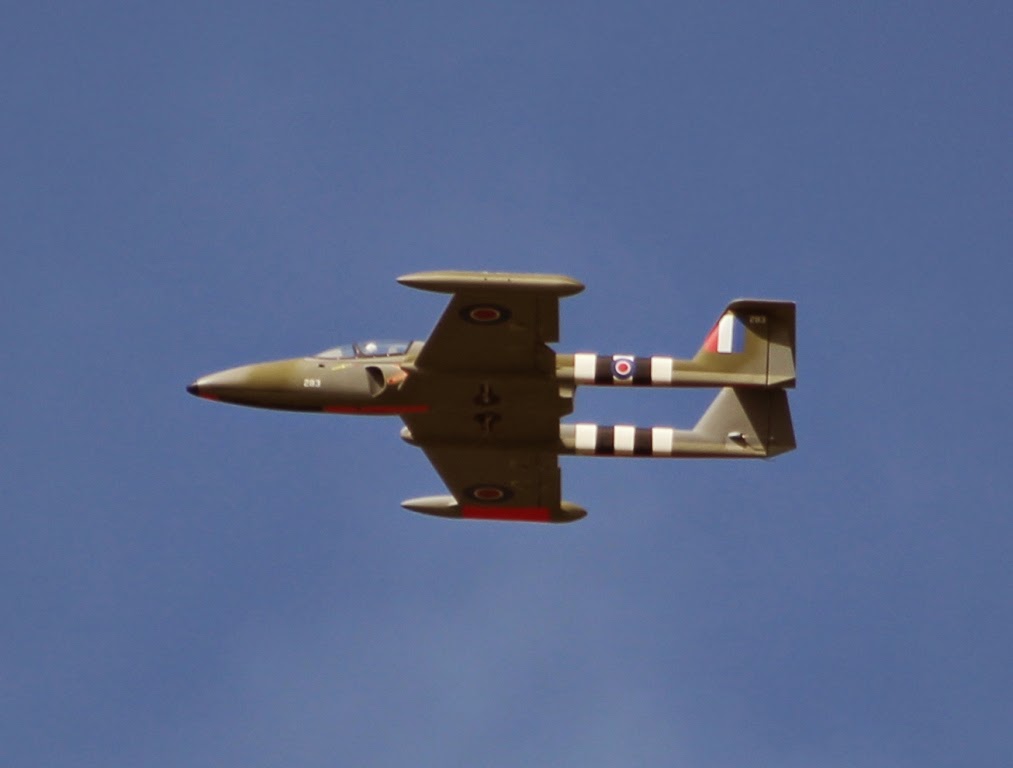 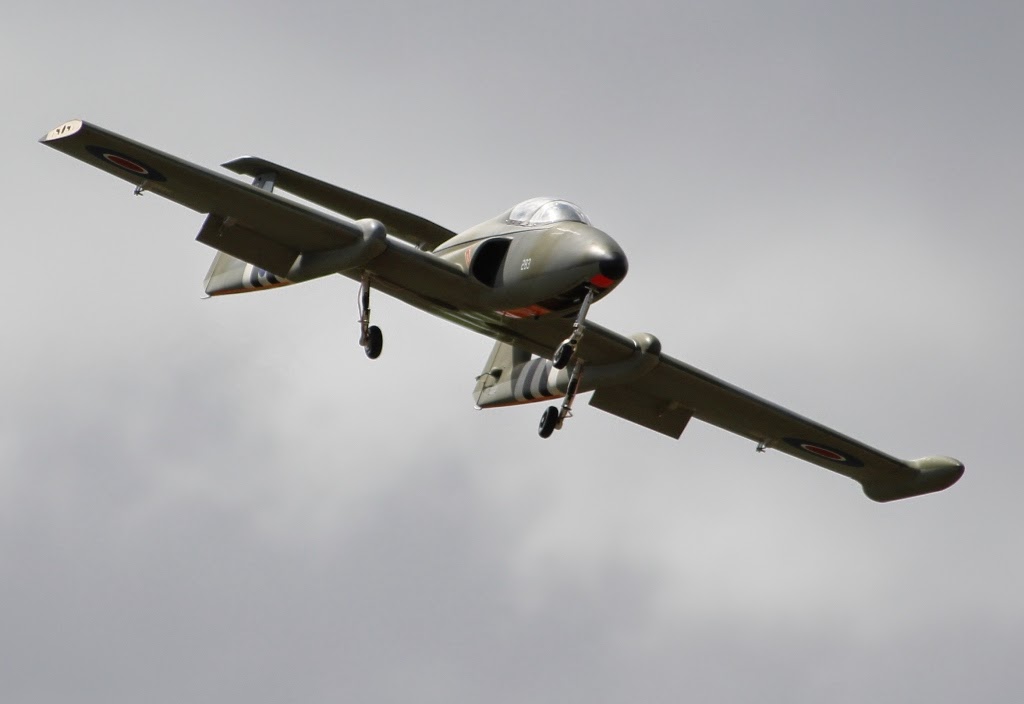 The day was totally mad at Bottisham. There was all the ingredients for total disaster

.
1st off a Nervous Rookie pilot with no more than 10 flights in total on a Jet, lots of knobs,buttons and flight modes to remember, a runway which was short and also peppered with mini ski moguls and a maiden on something from scratch

Take off was schweet and the JetCat120SX propelled her very nicely , 1/2 flap was in and my initial trim had 1.5mm down elevator for 1/2flap. This was totally wrong and after the wheels left the ground she wanted to dive rather than ballooning as i thought she would

. Ok so this wasn't a biggy but i used all my up trim left on the tx for straight and level flight with the wheels still down.
Next was full landing flap again with wheels still down which i had pre trimmed to 2.5mm down elevator! Again totally wrong and actually needed the opposite trim which again left me running out of trim on the TX, i was starting to poo myself at this stage realising yet again Joe hadn't got a clue

So i now have 2 flap settings somewhere near correct and decide to trim with the the flaps put away for straight flight so after a little peek at the tx for my switches flaps were taken out and wheels up, full throttle and some play time

at which point 3 seconds later quite a bang and of flew the 1 tip tank which are pretty big and threw the trims out quite significantly ( I'm really crapping it now lol) trimmed her as best i could and decided to cut my losses here and try for a landing knowing i got plenty of fuel if she's not looking good to go round again.
Wheels down and full flap deployed with a flyby to check wheels , right hand wheel is not locked

put the flaps away and climbed to get altitude and tried for some bumpity bumps on the way down which didn't work nor did any amount of right hand rolls to get her to lock.

Oh well lets just do it and land this thing as I'm getting more and more anxious , 1st approach was scrubbed as was going to touch down over 1/2 way on the patch , 2nd looked much neater and smooth and as the back wheels touched a small bump jolted her momentarily back up which locked the right hand wheel

, landing was then smooth but when the nose leg touched down she broke the Piano wire pin on a filed flat area where the steering horn locks into place.
PHEW Its over ,down and not really broke. This whole flight was 4 mins but seemed a bloody eternity.
Would i do this again as a Maiden , YES , but i think when my Eurosport goes up I'm gonna have a more seasoned Jet pilot talk me through stuff 1st 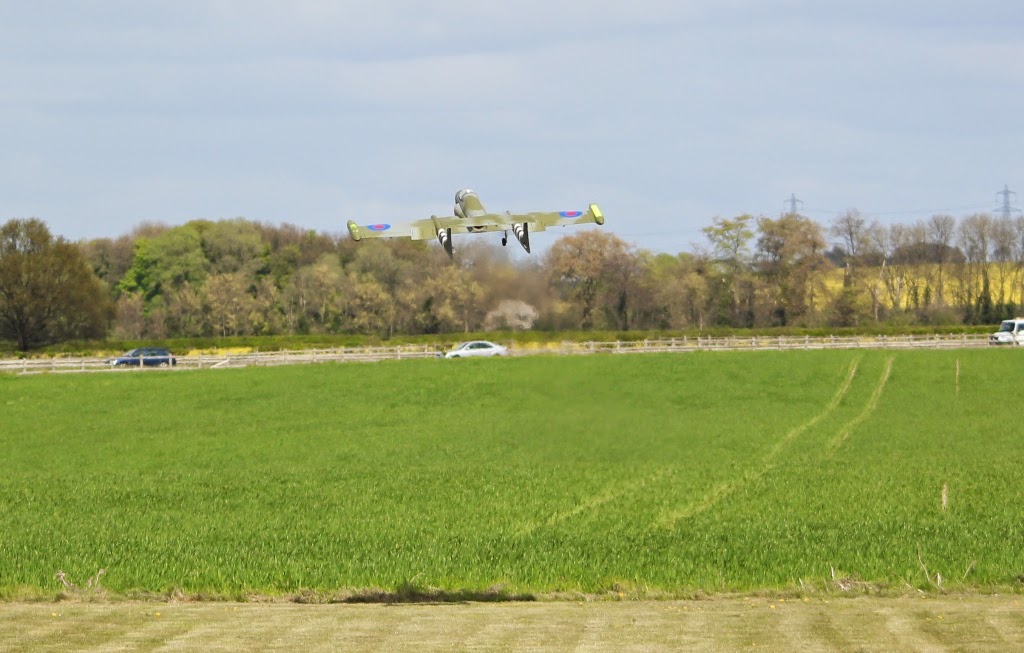 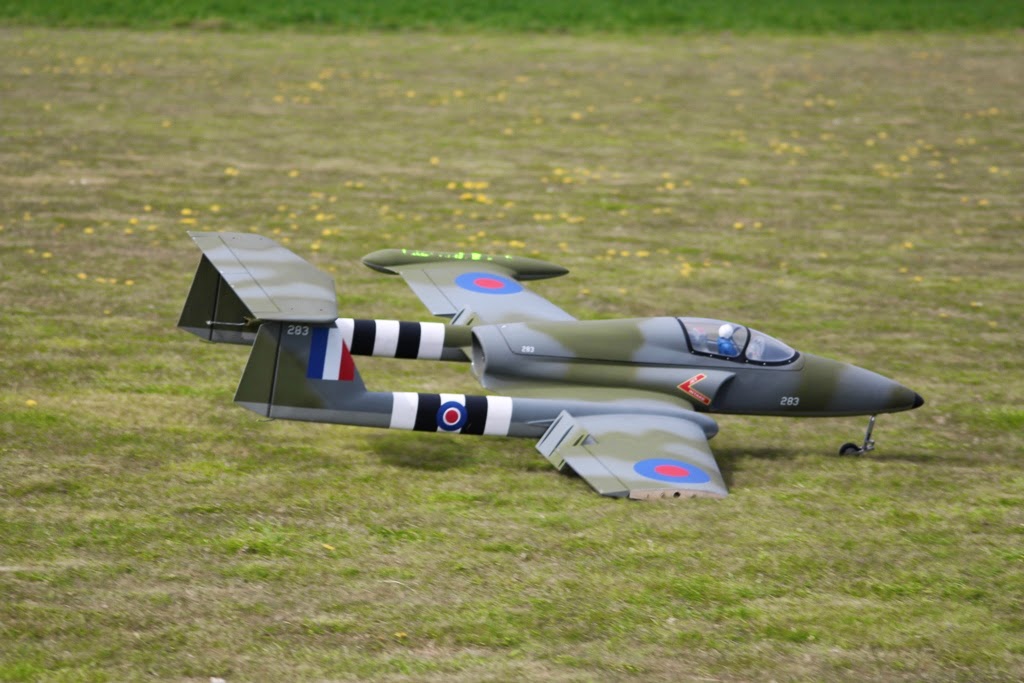 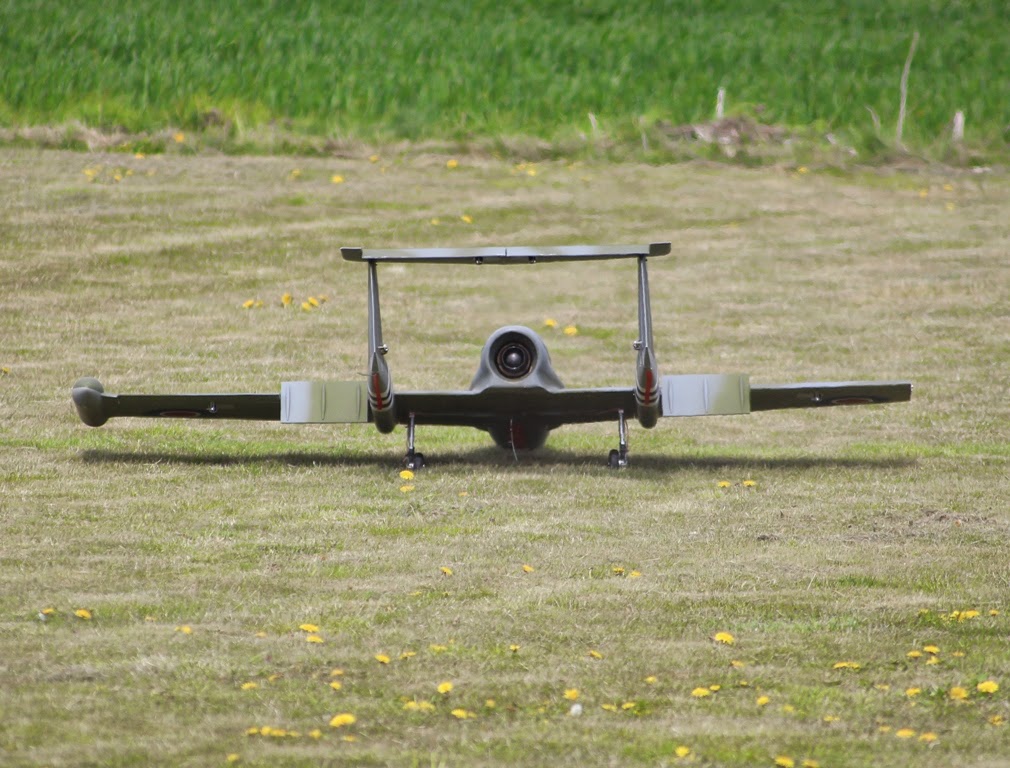 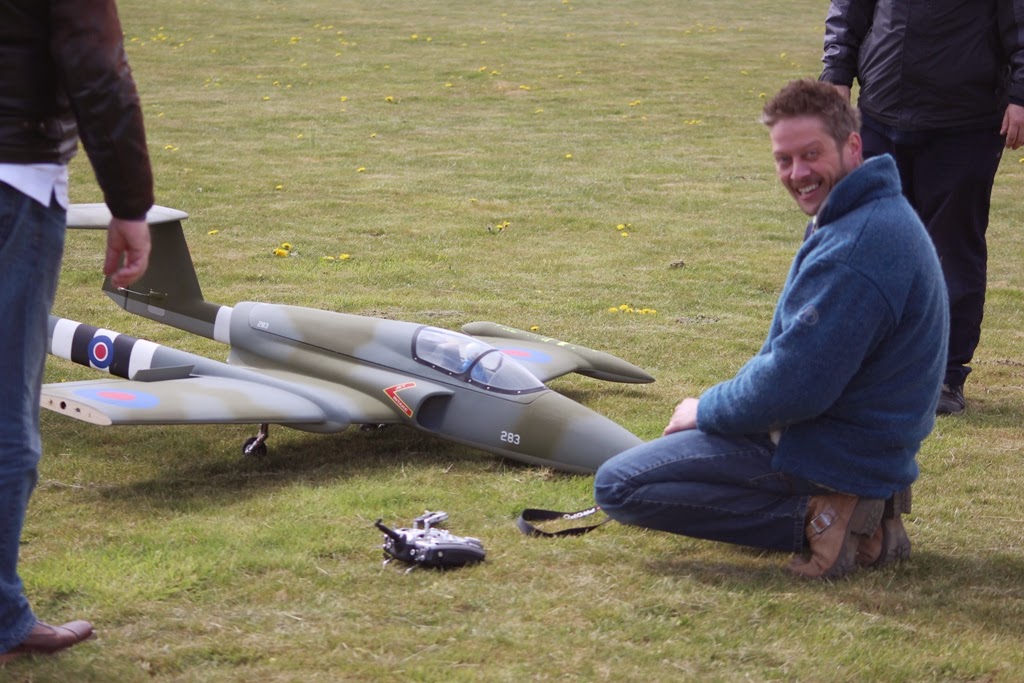